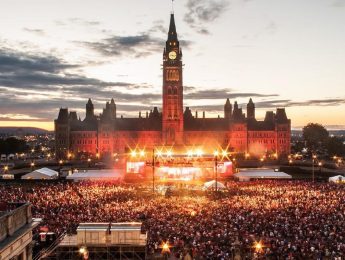 Picture an Urban city-center. What comes to mind?

Jungles of concrete foliage? Commotion, penetrating even the most expensive of Bose noise-cancelling headphones? Maybe the smell of raw sewage, overpowering the comforting aroma of your freshly brewed Bridgehead coffee?

You aren’t wrong. City landscapes, for the most part, are an awful reminder of how acclimated we’ve become with living within the eye-sore metropolitans we often do.

Though, for a few lucky Canadians, roughly one-million to be exact, we’ve escaped the hideous reality of urban-city-dwelling and established ourselves a beloved slice of paradise.

Our inviting fusion of museums and arts centres, galleries and exhibitions, and tasteful touches of Canadian Heritage, allow for the brightest of minds to flourish.

With spring approaching, at speeds equivalent to a leather football spiraling away from Henry Buress’ extended arm, or even a puck, propelled from the pallet of Daniel Alfredsson’s carbon fiber hockey stick – the times of enjoying Beavertails, skating on the Rideau Canal, or frolicking through Winterlude’s magical festivities until the early hours of the night must give way.

However, the discomfort of Ottawa’s infamous midsummer climate allows for a lively tourist-oriented schedule.

RBC’s Bluesfest, TD Ottawa Jazz Fest, the Canadian Tulip Festival, Hope Volleyball Tournament, and Beaus Oktoberfest are only a fraction of what our charismatic city has to offer – let’s not forget about celebrating Canada’s birthday in the capital.

Living within the nation’s capital brings about an upbeat, almost peppy appreciation for even the most ordinary day-to-day developments.

I guess you could call us Ottawans, pioneers of urban city dwelling.